Whether or not a woman is trying to conceive, understanding the effects of stress on the menstrual cycle is a key piece of information because we are all experiencing stress at different levels. Stress can interfere with hormonal shifts that accompany women’s cycles, whether the stress comes from work related situations, emotional rollercoasters, traveling, extensive exercising, poor nutrition, or certain medications. In this blog, we present a testimony from a fertility Instructor & kegg user, who experienced alterations in her cycles due to stress. 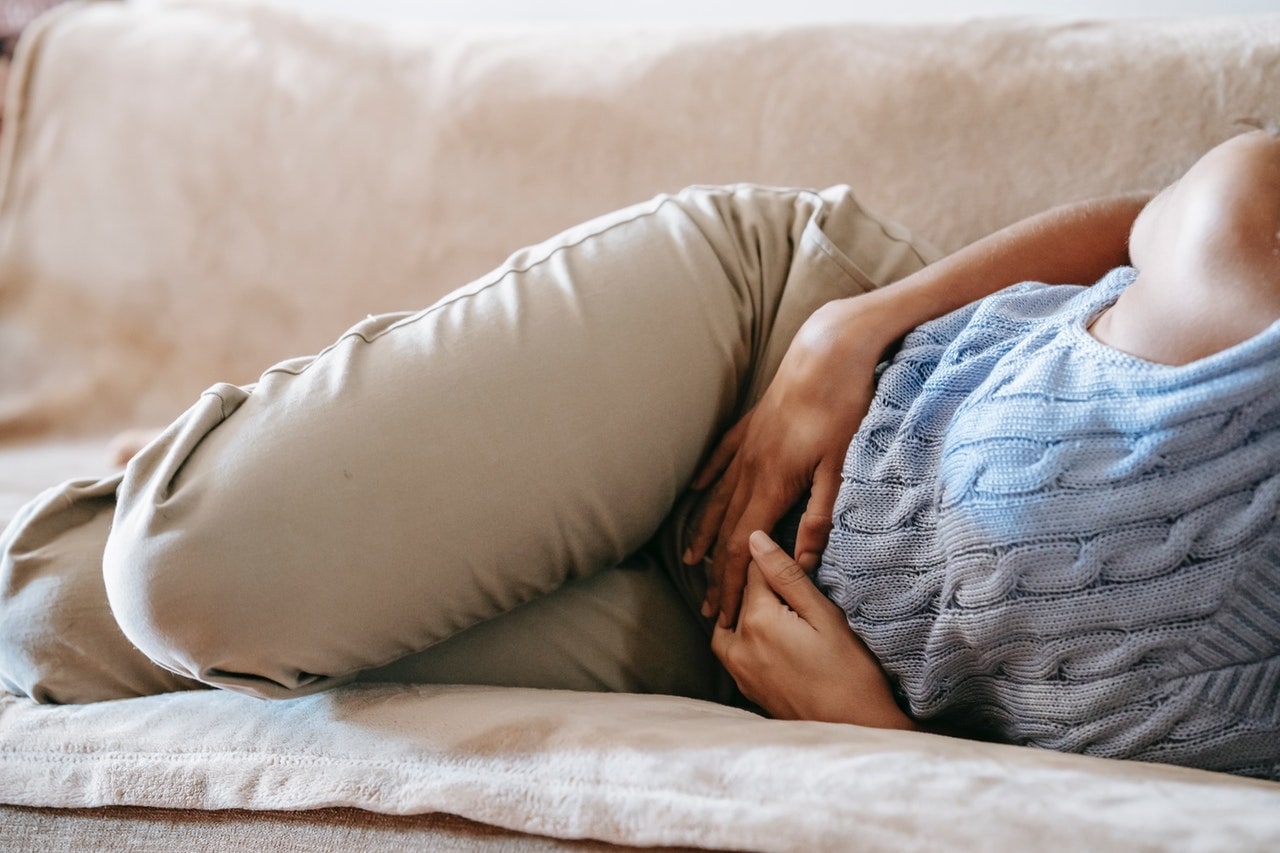 Disclaimer: every woman’s body is unique, but in some cases, there are reasons for differences in cervical fluids. If you are experiencing difficulties in tracking your cervical mucus, or you notice a sudden alteration from what is normal for you, bring this to your healthcare provider’s attention.

Tarina Mosley is a Certified FEMM Instructor, based in Alberta, Canada. She is a newly graduated midwife and is completing additional Fertility Awareness Based Methods (FABM) training in the Marquette and Billings ovulation method.

The FEMM method is a sympto-hormonal method of fertility awareness and natural family planning. This means that FEMM’s protocols utilize both cervical mucus observations, as well as urinary hormone levels. Basal body temperature can be checked as an additional measure, but is not required as part of the FEMM method.

When I first came across the kegg device, I was impressed by the technology and its ability to detect minute changes in the electrolyte composition of the cervical fluid. Aside from the technology itself, kegg is a female-run company that was started by a woman who tracked her own cycles using the Creighton and sympto-thermal fertility awareness-based methods.

As someone who experiences irregular cycles and periodically experiences varying degrees of stress, I was eager to give the device a try to see how it might benefit both myself and my client’s in those situations.

How does kegg differ from fertility awareness-based tracking methods?

Both fertility awareness based methods and kegg rely on a key indicator of fertility: cervical fluid. Instead of tracking quantity and consistency of the fluid, kegg tracks the precise changes of the electrolytes in the cervical mucus. The electrolyte composition shifts according to the hormonal fluctuations that occur throughout a woman’s cycle. As ovulation approaches and estrogen levels rise, kegg displays descending values, which appear as a “valley” on the kegg chart. Once ovulation has occurred and progesterone is released, there is a spike. kegg takes the guess-work out of identifying this narrow window during which time conception may be possible by providing a green fertile window prediction.

What can you expect of your cervical fluid in a regular cycle?

At the beginning of the cycle, there is a bleed. During this time, when tracking with a fertility awareness-based method (and in using kegg), it is not advised to attempt to detect mucus. Hormones are low, both progesterone and estrogen, the cervix is open and the drop in progesterone from the previous cycle initiates the bleed.

Typically, once menstruation ceases, a woman will experience a period of dryness, which we refer to as the follicular phase. During this phase, both hormones are low BUT progesterone is relatively higher (slightly) compared to estrogen. Progesterone influences the cervix to create a sensation of dryness of which little to no mucus can be detected.

As we proceed in the cycle, the egg follicles begin to develop in what we refer to as the ovulatory phase. During this phase, FSH is released from the pituitary gland and it influences several follicles in the ovary to develop.  At the same time, estrogen is then secreted from the follicles themselves.

Estrogen is an important player in the production of fertile cervical mucus. As estrogen production begins and increases as we approach ovulation, a woman will experience more and more mucus at the vulva with progression to a slippery/egg white cervical mucus, which is typically reflective of ovulation.

Next, once the egg is released at ovulation, a sac in the ovary is created, referred to as the corpus luteum. The corpus luteum secretes progesterone in high amounts in the postovulatory phase (also known as the luteal phase). Unless a pregnancy occurs the corpus luteum will secrete progesterone in an increasing amount up to day 8 post ovulation at which time levels will begin to decrease until the end of the cycle. This will trigger a new bleed to commence. During this time, progesterone influences the cervix to once again – close and the vulva will produce a sensation of dryness until the end of the cycle.

Now, this above pattern is what we can expect with a ‘perfect’ cycle. The chart below depicts a textbook cycle reflective of the mucus patterns described above, using the FEMM protocol.

How might cervical fluid change in times of stress or illness?

As someone who is completing a midwifery degree, I am no stranger to stress and its impact on the cycle. In the fall, I was under a lot of stress and succumbed to a 55-day and 60-day cycle. This is unheard of for me!

During periods of stress, our body responds in a variety of ways that are considered protective to itself. Cortisol production often ramps up, and in the short term is considered a normal adaptation. Unfortunately, over time, if cortisol production remains high, it steals hormone precursors from our body – of which our bodies use to create the healthy hormones like progesterone and estrogen. As you can imagine, if those two valuable hormones are not able to be made through the precursor, production tanks. As a result, we often see delayed ovulation within the cycle. For example, if someone normally ovulates on approximately day 16 and they experience a period of stress, they might not ovulate until later that cycle, say day 18 or 19.

In our cycles we have different phases, as described above. Periods of stress or illness will impact the preovulatory phase (ovulatory phase) and will have little impact on the luteal phase, or the time post-ovulation.  In fact, stress can sometimes delay ovulation by weeks at a time. While the luteal phase is also subject to stress, typically the impact of stress will only alter the length of the luteal phase by 1-2 days, usually by shortening it.

In these times of variability due to stress or illness it can cause anxiety, particularly those who are trying to conceive by tracking cervical fluid. In these periods of time, we can expect for either continued repeated attempts at ovulation with cervical fluid increasing and returning to baseline or a period of extended dryness, where the stress completely inhibits the ovulatory response.

Below is an example of a chart with the FEMM protocol where delayed ovulation is evident. We can see a bleed then periods of dryness interspaced with periods of cervical response and mucus activity but no ovulation.

How might the kegg device be of benefit during these stressful periods?

Although I believe that any person can be taught to decipher cervical mucus, it can be reassuring to incorporate an objective measure, particularly in times of stress and delayed ovulation.

Cervical fluid is the key marker to detect the opening of the fertile window and with kegg we have a device that has an objective measure of the cervical fluid composition. By tracking the changes in the electrolytes present in the cervical mucus, we can pinpoint when the fertile window begins, resulting in improved timing of intercourse to maximize the chances of conception. If a woman waits until her LH test strip turns positive to time intercourse, for example, she may have missed the most fertile window of the cycle.

As an experienced charter myself, I tend to incorporate a double-check method, where I check for cervical mucus and confirm it with another piece of information,  just like with kegg!

In the fall, when I was experiencing those long cycles, I relied on kegg to assist in confirming observations and the device did just that!

*Of note, when cycles vary greatly, such as during periods of extreme stress, kegg may not be able to accurately predict the green fertile window. Instead, many users rely on watching the real-time trend line data, looking for the declining values to suggest they have entered the fertile window. In order for kegg to formulate predictions, a woman must ovulate regularly and have cycles that range from 21-40 days in length. In addition, kegg’s predictive algorithm improves with each cycle recorded as it learns your unique trend.

I would recommend this device for a number of reasons but in particular for those who are trying to conceive and:

The TTC journey can already be a difficult process, particularly for those who have been trying for several months, and kegg can assist in increasing your confidence with using the method to conceive!

Stress can impact several facets of your daily life, so it is a good idea to find ways to help manage your stress. The ‘trying to conceive’ journey can be a source of immense stress for many. Keeping communication open with friends and loved ones to discuss sources of worry can be beneficial. Engaging in enjoyable activities, especially physical exercise, such as yoga, hiking, biking, and walking can be a great time to connect with your partner and lower stress.

Mindfulness techniques may also help manage periods of increased stress. Mindfulness techniques incorporate increasing awareness to one’s body. Try closing your eyes and sitting quietly for a few minutes. Take notice of the sounds around you. Direct your attention to your breath. Take note of the feelings of your body. Do you feel areas of tension? As your mind drifts away, attempt to bring the attention back to your breathing, sensations, thoughts, and sounds.

The implications of stress on the body are often underestimated. While stress can take an emotional toll on the body, it also has physical impacts, and can even impact your cycle. Small changes in your routine can have a profound impact. A healthy diet, exercise, yoga, meditation, hobbies, and connecting with others can also provide stress relief.  If you do not feel like you are able to manage your stress in a healthy way, please speak with your physician for further guidance.

To learn if kegg is right for you, please check out our FAQ.