Difference between kegg and Natural Cycles

Ever wondered how Natural Cycles stacks up when compared to kegg? A keggster who happens to be a FemTech fanatic decided to share her experiences with both. We were eager to hear her thoughts! 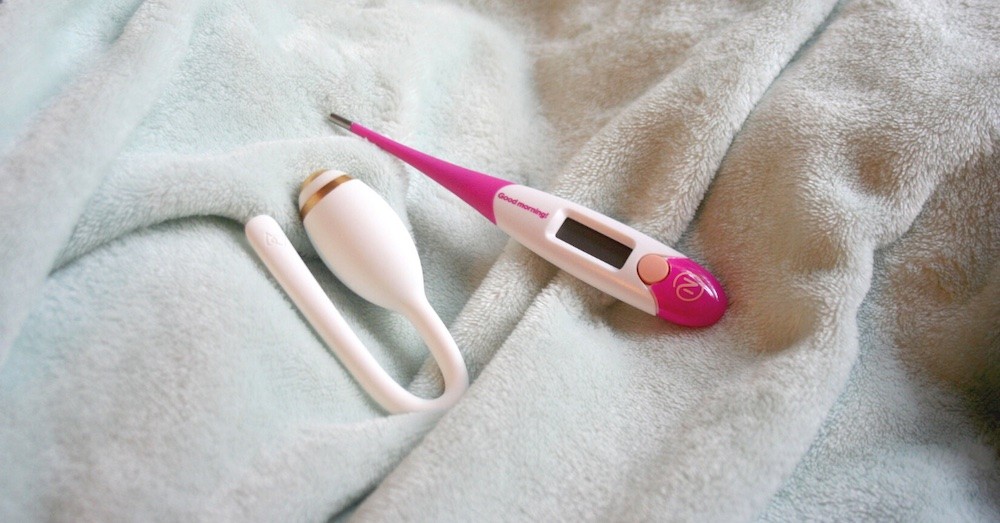 Natural Cycles: What’s it all about?

Natural Cycles uses an app-based algorithm to predict your fertility status based on your basal body temperature and optional LH testing. Comparatively, kegg uses its intelligent algorithm to predict your fertility based on the trend lines of your electrolytes in your cervical fluid. While their metrics couldn’t be more different-temperature versus cervical fluid- they both aim to predict fertility. Let’s get down to the nitty gritty details.

The “Cycler”, or a Natural Cycle’s user, records her basal body temperature, or the body’s lowest resting temperature, upon waking each morning and inputs the recording into the app. The included thermometer is accurate to two decimal points. The Natural Cycles’ algorithm uses temperature, period, and cycle data to determine if a given day is green (not fertile) or red (potentially fertile) for the user.
Every cycler chooses from one of three different Tracking Goals: TTA (called NC Birth Control) , TTC (NC Plan Pregnancy), or tracking your pregnancy status (NC Following Pregnancy).

When you start to track your cycle with Natural Cycles, initially you will get more red days, or days that are considered potentially fertile. As it records more cycles and the algorithm gets to know the user better, you will get more ‘green days’, or days which are predicted to be non-fertile.

The Natural Cycles algorithm will include LH in the calculations but this feature is optional. In addition, users will have the possibility to exclude a temperature for illness, poor sleep, or a hangover (yep!). 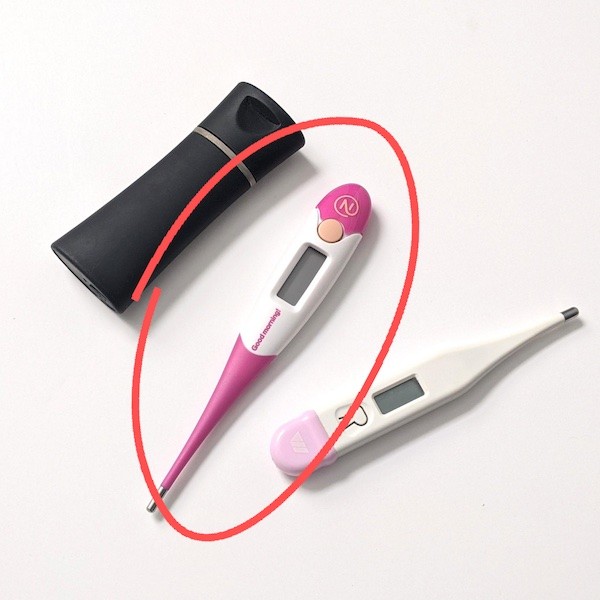 Natural Cycles works for irregular cycles, but users may get more red days if the algorithm can’t Identify the estimated ovulation day and if you suffer from PCOS or a thyroid condition, you will likely get more ‘red days.’ Despite this, it will still provide predictions.

Women who have been diagnosed with PCOS often suffer from cycle irregularity or absent periods due to anovulation. For this reason, it might be difficult to not only predict ovulation but also confirm it with Natural Cycles for women with PCOS.

I have been using Natural Cycles for 9 months. To me, the app feels a bit ‘clunky’ and slow. I also find it a bit tedious to add my temp with their style of number pad, which if it is something you are doing daily upon first waking, I feel like it needs to be more user friendly!

I found it very interesting and somewhat confusing that regardless of whether you are TTA or TTC, the color coding of the fertile days (red) and non fertile days (green) remains the same. When TTC, seeing red on my fertile days feels like a stop sign. When I shifted from TTA to TTC, I had to remind myself daily red means these are my days for timing intimacy.

For the first cycle with Natural Cycles, the app places a fertile window prediction based on a typical cycle length. Since my cycle is usually 27 days, I happened to fall well within the “typical” cycle length, but I know this would not be the case for many! Since you get mainly red days initially, it’s just a waiting game watching temps until a shift occurs.  They encourage LH testing to help pinpoint ovulation which I thought was interesting since BBT and LH testing often miss the most fertile days leading up to ovulation. When TTA I wondered how accurate it could be catching the very early fertile days. I realized quickly it errs on the side of caution with an abundance of red days, which although may be safer, is limiting for couples and seems more like a guess than an objective measurement. On the flip side I had some cycles that said I was no longer fertile when I definitely still was.

I had trust issues:

Given my familiarity with the Sympto-Thermal Method (STM), I found myself often doubting the Red and Green predictions at times.  Firstly, Natural Cycles (as many fertility tracking apps) will pinpoint ovulation to an exact day. While ovulation does happen on one day in a cycle, the exact day can not be identified unless the user is getting well timed ultrasounds leading up to and after ovulation. All forms of fertility tracking can make a well educated guess to the timing of ovulation but none can reveal an exact day.  Most people don’t know this and trust wholeheartedly the ovulation date their fertility app provides.

I don’t quite understand the Natural Cycles’ method. In most cycles my red fertile window ends 2 days after the “ovulation” icon.  But I have one completed cycle with the ovulation icon AFTER the end of the fertile window which does not seem logical to me.

kegg is a small device placed vaginally  that measures the electrolytes in your cervical fluid. While it sounds a bit invasive, using kegg is simple, comfortable, and takes just a couple minutes to complete a reading. The reading is sent to the cloud and shown on your kegg app.

I learned quickly that the fertile window looks like a dip in my kegg readings. This is called the “fertile valley”.  When I would start to see my readings going down, it clued me in that I was entering my fertile window, even during my first cycle. I liked this, since I didn’t have to rely on kegg’s predicted fertile window only. I enjoy “seeing” my fertility data and after I take each reading, I look to see where my value is plotted for the day. I also like that I don’t need to use kegg upon waking. I use kegg in the evening and appreciate the flexibility in selecting the time I use kegg.

Data will appear in the kegg app in a trend form. While each reading appears exactly as it was recorded, the app provides a trendline (dark green) that helps smooth the data to better see the overall trend. I find this to be really helpful, particularly when looking for my dropping values that indicate I am likely fertile. When I see my readings go up again, I know I have likely ovulated and my fertile window is ending. While I still get little drops and rises throughout the remainder of my cycle, I know that if my dip falls during (or close to) the prediction, these other bumps are natural hormonal fluctuations of the cycle.

You might have heard: kegg is not clinically tested in women with PCOS but many women with PCOS who ovulate and have periods have been able to identify their fertile window thanks to kegg and successfully conceive.

I heard in the Facebook Community about another user with irregular cycles who was able to look at her trend line data to discern when she entered their fertile window. Since the electrolytes in the cervical fluid fluctuate according to the hormonal changes of the cycle, the kegg user can look for descending values on their kegg readings to predict when they are entering their fertile window. While kegg does not detect ovulation, the rise that occurs at the end of the fertile window may indicate ovulation has occurred as the rise in progesterone results in a change in the electrolytes of the cervical fluid.

While kegg has a consistent set of 5 fertile days in its prediction, Natural Cycles has varying amounts of Red and Green days which fluctuate over time. While both can be used to track irregular cycles, there may be more Red days with Natural Cycles due to the difficulty predicting. Comparatively, kegg will not provide a prediction for cycles outside of the 21-40 day range, however, users can watch their trends to look for descending values which would suggest they’re entering the fertile window.

So, how do I rank these two tracking methods?

Frankly, they’re completely different methods and both have some winning features. I love that Natural Cycles has a TTA mode, especially for women who are not well versed in fertility awareness-based tracking methods. With that said, I never felt like I could fully trust it, and I had far more “green” (safe days to have sex without risk of conception) with my own tracking than with this app.

The greatest feature of kegg is being able to watch your own trendline and understand the data about your body as it is unfolding.

While the fertile window prediction is helpful, I find myself caring more about my readings and more confident when to time intercourse now that I am trying to conceive.

While it does not have a TTA mode, I appreciate that kegg compliments my own tracking using the Sympto-Thermal Method and gives me added confidence.

Since the window for possible conception is limited to about 5-6 days, being able to see exactly when this was happening with kegg is really powerful for me. While both devices have numerous benefits, I feel the benefit of seeing your fertile window unfold with kegg outweighs any of the benefits Natural Cycles offers.