Basal Body Temperature Tracking vs kegg: An In Depth Look

In the fertility tracking world, many women choose to monitor their basal body temperature (BBT). In this blog we explore how to track your BBT, the information it yields, the benefits and drawbacks of tracking your fertility using BBT and how it differs from kegg’s readings. 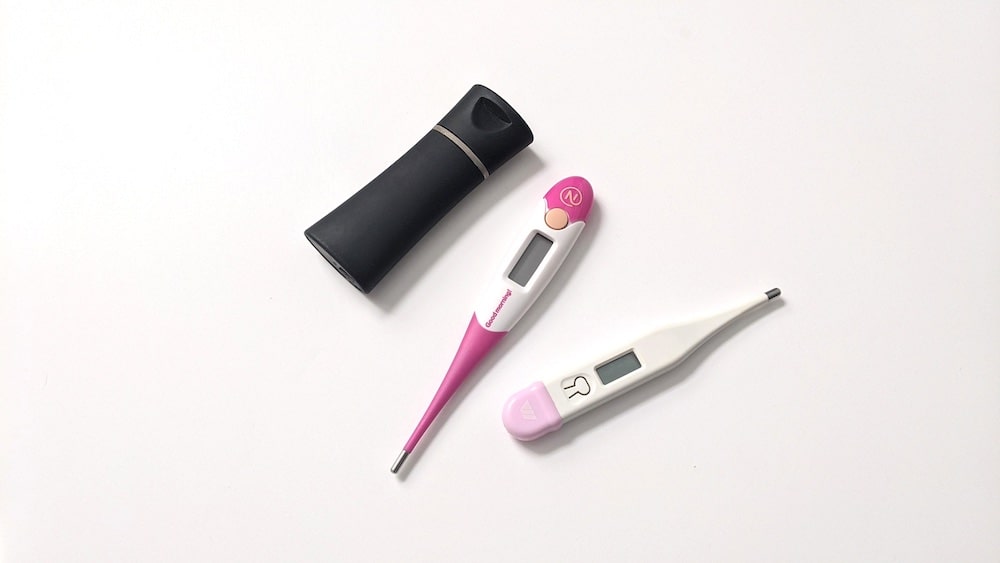 What is it and why would I want to track it?

Not to be confused with your regular body temperature, your basal body temperature (BBT), also known as your ‘waking temperature’ is your lowest body temperature at rest. The concept of taking your temperature first thing in the morning can seem tedious and burdensome but there are several benefits of doing so. One of the most well known benefits of tracking your BBT is being able to confirm ovulation and give you insight into your overall well-being.

How do you take your BBT?

What factors can influence your BBT accuracy?

How can I confirm ovulation with BBT?

There are various methods to confirm ovulation. In general, you can confirm ovulation after three consecutive temperatures at least two tenths (.2) higher than the last 6 temperatures. Ovulation day is commonly the day before the first temperature rise, but can also be in the few days before and on the day of.  In a typical cycle, your temperature will continue to remain higher until your period begins. If you have conceived, your temperature will remain elevated throughout your first trimester. This rise that occurs after ovulation is the result of progesterone production, which warms the body slightly. 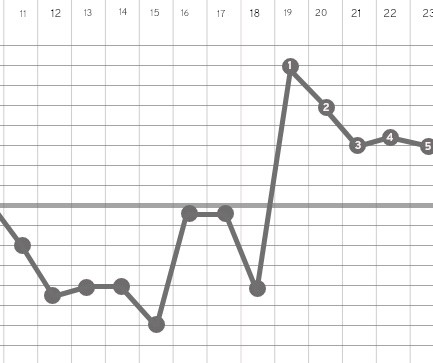 Does my temperature rise immediately after ovulation?

Before having kids, my routine was consistent and my BBT charts were textbook examples. Between nursing babies, wiggly kids crawling into the bed, overnight bathroom breaks, high stress life events, and sickness, it seems increasingly challenging to record accurate temperatures. Despite this, I can usually still identify a trend with my temps, although I frequently need to see many more days of temperatures to confirm what I suspect. Note: It is important to notate when a temperature likely is inaccurate and ignore the questionable temperature when reading your chart if it does not match the trend of your other temperatures.

What else can I learn from my BBT?

Even if you have confirmed ovulation, it is still valuable to continue tracking your temperature. When your temperature lowers down to its preovulatory levels, your period is likely soon to begin. In contrast, if you have sustained elevated temps for 18 days, you are likely pregnant. You can also continue tracking your BBT after confirming pregnancy to look for signs of a potential miscarriage. A rapid decrease in BBT during the first trimester could indicate a problem and it would be best to contact your healthcare provider. Temperature tracking during pregnancy, however, can be stressful and therefore many women choose not to continue to take their temperatures during pregnancy.

My BBT is higher/lower than average

I do not see a temperature rise.

If you do not see a temperature rise and you have no reason to believe your temperatures are inaccurate, you could be experiencing an anovulatory cycle (a cycle without ovulation). While it is not uncommon to occasionally experience an anovulatory cycle, consider addressing this with your physician if you suspect you are not ovulating.

The ‘BBT Dip’ experienced in some cycles occurs when a woman’s temperature drops lower than her preovulatory temperatures before her temperature shift. This dip typically occurs on the day of ovulation and it is the result of high levels of estrogen.

Can BBT help me get pregnant?

BBT can inform you about your cycle and help confirm ovulation, but it is not the best tool for determining when you are fertile. In fact,  women are most likely to conceive 2 to 3 days before their temperature shift. Since the rise in temperature typically occurs the day after ovulation, the fertile window has typically closed by the time the user observes a temperature shift. When you also consider that the BBT Dip is not experienced by everyone and the temperature rise may not occur for a couple days, or in a slow stair step progression, this can make it even more challenging to help the user identify when she was potentially fertile.

How do kegg insights differ from BBT?

Whereas BBT is beneficial in confirming ovulation, kegg predicts the fertile window in advance of its occurrence. kegg detects the changes in electrolytes present in the cervical mucus which shift in correlation to the cyclical hormonal fluctuations. As a result, the kegg user can see the full 5 day fertile window in advance, including the predicted most fertile days before ovulation. When tracking temperatures, women often do not have notice of impending ovulation, thus making the identification of the fertile window more challenging. While kegg is not an ovulation detector, users can suspect they have ovulated when they see a rise in their kegg readings. Unlike temperatures, kegg readings often fluctuate in the luteal phase.

While BBT is a great tool for learning about your body, many women pair this tool with other fertility tracking methods, such as kegg or fertility awareness based methods to get a more complete understanding of when they will be fertile. kegg allows the user to detect the fertile window earlier than BBT thermometers to maximize her chances of conception.

You can record your BBT temperatures in the kegg app! Simplify your fertility tracking by viewing your kegg data and temperatures all in one app.