We often get questions about how kegg compliments fertility awareness methods. The best way to answer is by bringing you stories from real kegg users who are also experts in these widely used methods. The following blog post, written by fertility awareness educator Leslie Rewis, describes how she uses kegg to compliment her use of the Billings Ovulation Method, a form of natural family planning based primarily on observations of sensation at the vulva and the appearance of cervical mucus on underwear or toilet paper. 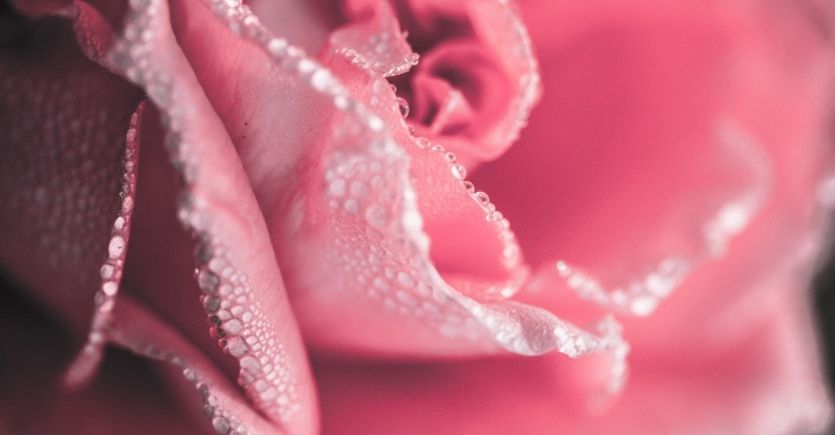 Note to Readers: kegg is an intuitive fertility monitor that tracks changes in cervical fluid to identify your fertile window.  kegg is not recommended as a contraceptive device, and the opinions expressed in this blog are solely those of the author. If you have any concerns regarding use of this product, please consult your physician to determine if kegg is right for you.

kegg is a device that reads the concentration of electrolyte levels in cervical mucus by placing it into the vagina during the same two hour time frame of the day, every day. In my own practice of fertility awareness, I practice the Billings Ovulation Method for pregnancy avoidance and use kegg as a quick and easy way to identify my fertile window.

What is the Billings Ovulation Method?

This method involves paying attention to sensation at the vulva throughout the day along with recording the appearance of any cervical mucus noticed. In addition to recording these signs, Billings uses either stamps or symbols to represent fertility. This method is designed to fit into someone’s daily routine. Observations are primarily focused on what is sometimes called “walking” sensation as the most important fertility sign. In Billings, users work with an instructor to develop their own vocabulary for the observations they experience. Billings Ovulation Method does not allow internal checking for cervical mucus, while the kegg device is placed internally to do readings.

In contrast to Billings, kegg must be used in the same two hour time period for less than 2 mins a day (every day). Related to this reason, kegg can not be used as a substitute for cervical mucus for avoiding pregnancy. However, it can be used as a fun way to have some extra data on your cycle, and it can be used to help correlate the most fertile days of the cycle. For people who are trying to conceive, kegg may provided a valuable extra layer of data to help them time intercourse.

In the example below, you can see how my Billings method observations line up with the kegg graph. Billings Ovulation Method would say my most fertile days were day 14, day 15, day 16, and day 17 because of the likelihood of ovulation relative to the peak “X” day on the chart and the presence of slippery sensation. This fertile window is very close to the 3 day fertile window that kegg interpreted below. 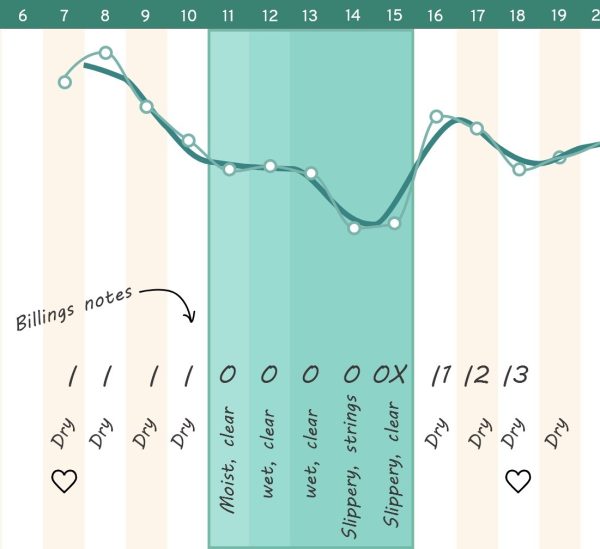 Image Description: This is Cycle 3 with kegg, and Cycle 53 with charting cervical mucus. The Billings Ovulation Method peak day is Cycle Day 15 on this chart. According to Billings, ovulation occurs on peak day or the two days after.

Overall, I think kegg is a really neat fertility tool that can add some interesting data to someone’s daily observations. For those who are strictly avoiding pregnancy, it is still important to learn a method from a certified fertility awareness or natural family planning educator. For more information about the Billings Ovulation Method and learning it, you can visit BOMA USA or WOOMB International. For information on working with me to learn the Billings Ovulation Method, you can visit chartyourfertility.com.