The trying to conceive journey can be arduous, full of joys and sorrows. We hope to inspire other women by sharing stories of mamas who have conceived using kegg and also experienced challenges along the way. Our hearts are with our users regardless of where they are on their fertility journeys. 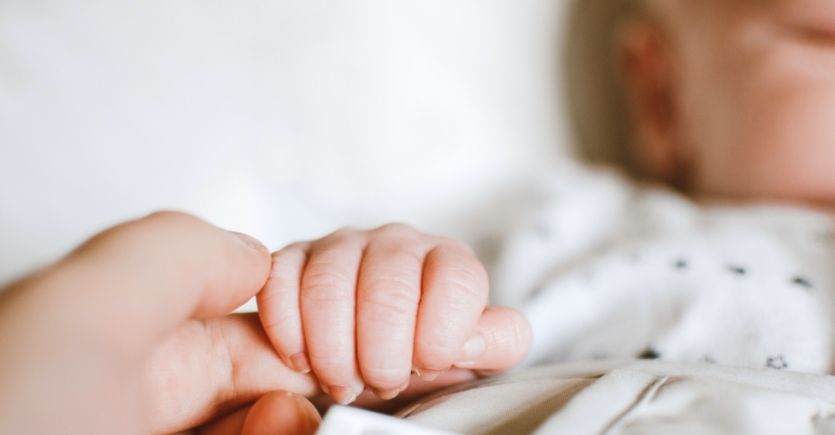 At kegg, we love sharing the news of kegglets, or babies conceived using kegg. In fact, we have already shared blogs featuring pregnancy stories and conception journeys after infertility. We have recently learned of new kegglets in the making whose mamas who also struggled to conceive, enduring long fertility journeys, PCOS, and previous loss.

Two of these stories feature kegg mamas who conceived with PCOS. While PCOS is a common diagnosis, each woman with PCOS presents with a unique cycle. In order for kegg to identify a potential fertile window with the green fertile window prediction, a user must ovulate regularly and have cycle lengths between 21-40 days. kegg detects the electrolyte changes that correspond to the hormonal fluctuations that occur leading up to ovulation and after ovulation. In order for kegg to provide predictions and for the user to gain valuable insights, regular ovulation is key. These mamas had cycle lengths within this range and had successful ovulations, and therefore kegg was able to provide the fertility insights they could rely on to time intercourse.

*kegg has not been clinically tested in women with PCOS. In order for kegg to provide fertile window predictions, the user must ovulate regularly and have cycle lengths between 21-40 days. Some users with PCOS with irregular and lengthy cycles use the real-time trend line data to spot potential fertile windows, without the green fertile window prediction. With keen observations, these users may be able to notice a downward trend suggesting that they are approaching a potential fertile window. kegg detects the electrolyte changes that correlate with the hormonal shifts within the cycle. As estrogen rises with approaching ovulation, kegg shows declining values. After ovulation, when progesterone is released, there is typically a spike in kegg readings. Some women with PCOS have anovulatory cycles; kegg would not be able to provide fertility insights given the lack of ovulation. Please note, kegg cannot confirm ovulation. While a user may experience LH surges throughout a cycle, an LH surge also cannot confirm ovulation. To learn if kegg is right for you, please visit our FAQ.

M.S. was told at only 23 years of age her chances of having children were very nearly impossible. M.S. was drawn to kegg before it even launched, as she recognized kegg’s potential to help her identify her fertile window.

She shares, “In 2015, at the age of 23, I was diagnosed with PCOS. I was told my odds of having children naturally were incredibly low, almost impossible. In March of 2019, at the age of 28, my partner and I found out we were expecting. We were shocked and ecstatic. Unfortunately, the excitement was short lived as I had a miscarriage only a week later at 6 weeks along. After our loss, we decided to take some time to mourn. In August of that year, I was scrolling through Facebook and came across a post about kegg.

Curious as I had never heard of anything like kegg before, I clicked on the post and was soon trying to learn everything I could about it. I knew after reading everything I could, kegg was something I needed to have. I was backer 138, that’s how excited I was to be a part of the kegg family.

In July 2020, I received my kegg, did the setup, and started using it as soon as I physically could. Any time I had a question about what I was seeing on my chart or about my kegg, I just had to reach out and I always got an answer quickly.

With having PCOS, I fully understood that it would take extra time beyond the recommended cycle for kegg to learn more about my unique cycle. Using the kegg in the evening and always testing as closely to 8 pm as possible, I saw it slowly learning and improving it’s fertile window predictions with each cycle. Seeing the ups and downs on the chart was incredibly exciting and felt like I finally had some idea what was going on with my cycles.

After using kegg for roughly 6 months, I am now pregnant! kegg is the only thing I used to track my cycle as I have never done temping, cervical mucus checks, and opks are unreliable due to the multiple surges from the PCOS. I 100% believe that kegg is the reason I was able to get pregnant with our rainbow baby. I highly recommend it to anyone. It truly is a life-changing device.

I apologize for such a long story, but I am just so eternally grateful for kegg and everyone who helped in its production. My partner and I feel so blessed.”

Looking at M.S.’s charts, you will notice that kegg identified her fertile window from cycle day 17 through 21 (as pictured in green). She timed intercourse during this window to maximize her chances of conception. As you will notice on her chart, she had a rise in kegg values at the completion of this window (starting on cycle day 21). While she does not have a significant “dip” during her fertile window, kegg was able to recognize and adequately predict this fertile window, eliminating the difficult challenge of predicting when she would likely be fertile.

We are absolutely elated kegg could help M.S. and her husband fulfill their dream of conceiving a baby.

M.S.’s chart depicting her fertile window in green, during which time she timed intercourse to maximize her chances of conception.

Another kegg user, A.E., also experienced a trying fertility journey, struggling with PCOS and irregular cycles. While she thought she had ovulated based on her temps, she recognized that her kegg values were descending and she continued to time her intercourse suspecting that perhaps she had not ovulated as she had thought.

She explains “We have been attempting to get pregnant for 8 months and were struggling, unfortunately. This was my first full cycle with kegg, I had used it just prior to my ovulation time in my previous cycle so I was able to see some patterns, but wasn’t putting too much stock in them during the “introduction cycle”.

I have PCOS and irregular cycles, but appear to ovulate every cycle based on BBT (typically 34-37 day cycles). I noticed my temperature was increasing and appeared to be the start of a shift temp (indicating ovulation), around cycle day 18, and I thought I had already ovulated and was waiting for my 6 higher temps. I, unfortunately, missed using kegg on Cycle Day (CD) 18, but did CDs 19-30. My kegg noted lower levels on CD 19 and 20 and then a jump was indicated on CD 21. It appeared I actually had ovulated on CD 20 instead of 18 as I initially had thought. Because I was showing lower on kegg, we continued to have intercourse and I think this is what allowed us to get pregnant! I had a sustained rise after ovulation with kegg (CD 21-26). I obtained my positive pregnancy test on CD 29 (believed to be 9 DPO). I am obviously very early in this pregnancy, but I truly think kegg aided in our successful cycle! … Thank you so much for this device! I am forever grateful!”

Note that on cycle day 18, A.E. noted an increase in her temperature and suspected she had ovulated, but as you will note, her kegg values continued to descend. The fertile window is typically depicted as a “valley”, so A.E. suspected that she had possibly not ovulated. In addition, kegg identified that she was in her fertile window and therefore she continued to time her intercourse. On cycle day 21, she had a rise in kegg data suggesting she ovulated around cycle day 20. We are so excited for A.E. and her family and wish her a healthy, happy pregnancy journey ahead!

K.M., who is in her third trimester, was able to gain confidence with kegg to identify her fertile window, after experiencing the heartbreak of a loss. She shares “My journey started in 2018, I had zero clue how to track my cycle so reserved my kegg in order to start learning! I decided to take my birth control out early in the year of 2019 and we had started trying to conceive for the rest of that year, while I’m not a special case of any sort, we finally became pregnant in late February of 2020, but unfortunately, as the weeks went on it was realized that there was no heartbeat, and with great sadness, he informed my husband and I that my body had not recognized a silent miscarriage. I was devastated, because everyone around me was getting pregnant, and then finally my kegg came, along with the Proov strips, which I loved and used together and I was finally able to track my cycle more confidently, I invested into an OvuSense just to honestly have the trifecta, one for night time, one for day, and the strips to pinpoint ovulation! In July, three months after my miscarriage I found out that we were finally pregnant with a sticky baby! I have no doubt it was with Kegg that I was able to conceive because it took me so long to perfectly track my cycle and I couldn’t be more grateful, I’m happy to report I’m 28 weeks today, officially in my third trimester with a healthy boy! Whether I sound cliche or cheesy, I’m so thankful for kegg, and after baby number one, I plan to start tracking once again to eventually prep for baby number two!”

As you can see in K.M.’s kegg chart above, her fertile window did not show an obvious “dip”, however, kegg accurately predicted her fertile window (as depicted in green) based on the “kegg method”, which uses her current and past trend line data to predict the fertile window. She likely ovulated between on cycle day 15 or 16 based on her data depicted above.

While all three of these women experienced different challenges, they all gained insightful information from kegg about when to time intercourse to maximize their chances of conception. Their unique journeys were made more difficult for various reasons including pregnancy loss, being told they may never have a baby, PCOS, irregular cycles, feeling alone in the trying to conceive journey, and frustrations of the long journey trying to conceive. We know many of our kegg users can relate. We hope kegg can be the missing piece in your fertility toolbox as you soldier on in your fertility journey. Wishing these kegg mamas-to-be and all our other kegg users peace and good health on their journeys!

Excited to share your pregnancy story? We would LOVE to hear from you! Email us at Andrea@kegg.tech and discover our kegg mamas’ program. 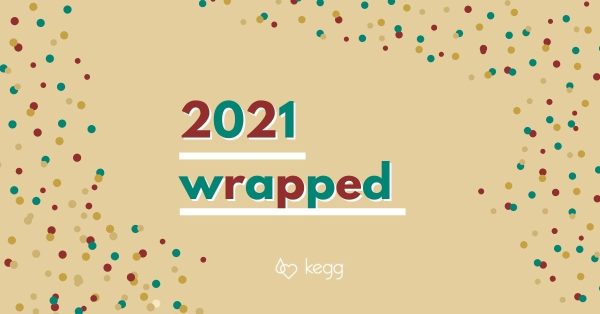 2021 Wrapped a Letter from the kegg Team

As 2021 comes to a close, our dear kegg turns 1 and a half and we are ready to start 2022 full of positive energy and gratitude… 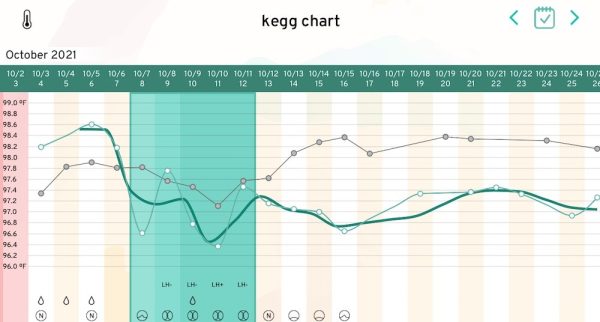 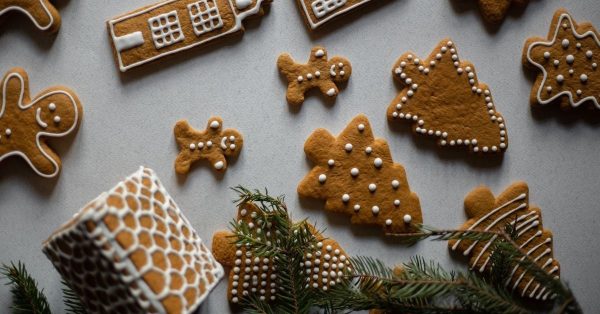 Fertility Friendly Recipes for the Holidays

Staying on track with your healthy fertility diet doesn’t mean you need to miss out on Holiday treats! We’ve partnered with ELANZA Wellness to bring you healthy Holiday treat tips and recipes.