No, You Won’t Always Ovulate on Day 14 of Your Cycle. Here’s Why.

While most women with regular cycles have a fairly stable cycle length, the day of ovulation can vary for a multitude of reasons. In this blog, we discuss the factors that influence when ovulation occurs and what early or delayed ovulation may imply. 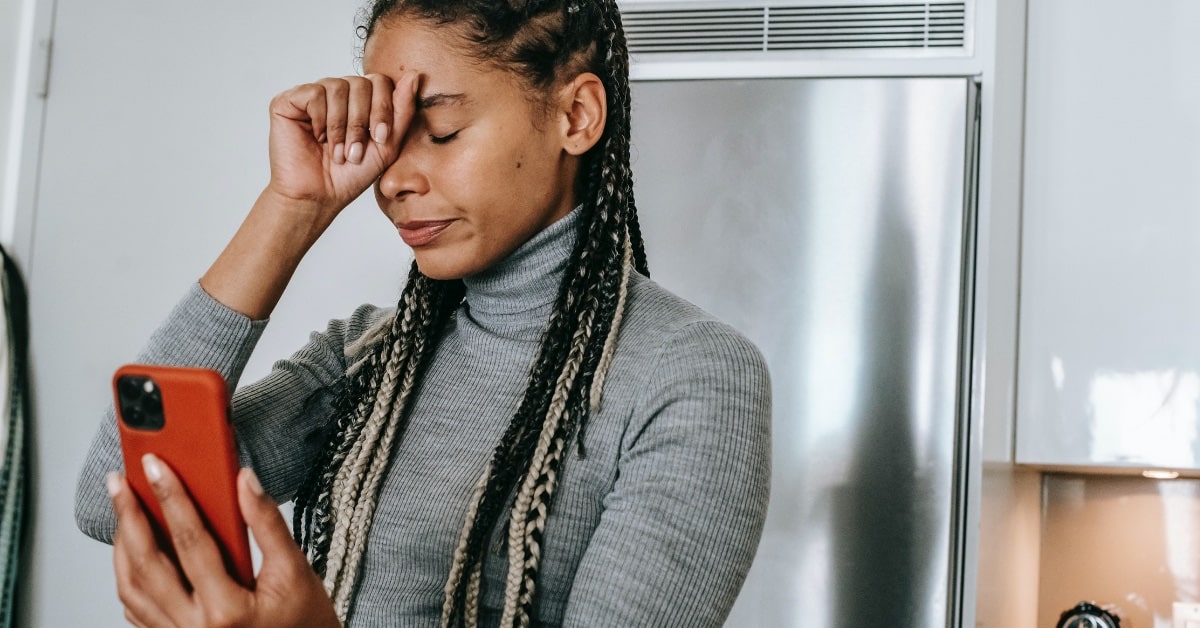 10-year Creighton user with a passion for women’s health, family, and writing.

When I went to my first OBGYN appointment, I wanted to ask some questions that were nagging at the back of my mind as a young woman hoping to become a first-time mom.

I have very narrow hips and am petite, and had long been worried that I’d have trouble delivering a baby naturally (especially since my husband is a foot taller than me and weighed 10 pounds at birth). Fortunately, my OB chuckled at that one and reassured me I had a “perfect pelvis for babies”—so, as it turns out, hips do lie.

Despite this example of my ignorance on the subject of motherhood, I was fortunate to be very well-informed on how my reproductive cycle worked and when to time intercourse for the best shot at conception as I’ve been practicing the Creighton method of natural family planning since before my wedding.

So, as we closed out our conversation, imagine my surprise when the doctor handed me a slip of paper with “how to conceive” instructions that amounted to something like: “At a minimum, have intercourse every other day between days 10 and 15 of your cycle.”

I knew from my own charts that using only cycle days 10-15 might often mean a miss for me in terms of timing intercourse with peak fertility. At the time, while my cycles were a very regular 28 days in length, I tended to have later ovulations; so, if I had ovulated on day 17, I could have missed the most fertile days of my window.

Today, years later, I tend to ovulate early; sometimes as early as cycle day 10. Again, most of that fertile window would have been missed if I had followed those generic instructions—including the days leading up to ovulation, which are arguably the most important.

This kind of advice for trying to conceive (TTC) is not uncommon. So if you’re following similar instructions and find you aren’t getting pregnant easily, ask yourself if these generic instructions are serving you on your fertility journey.

In the first half of your reproductive cycle, known as the follicular phase, your body prepares for ovulation and a nurturing uterine environment for the implantation of an embryo. Many hormones are at work here, encouraging an ovarian follicle to develop. Once it is mature, it will rupture during ovulation, and the egg will be released into one of your fallopian tubes. This egg can survive for only a brief period—up to, but often less than, 24 hours, during which time it is able to be fertilized by a healthy sperm that finds its way to the right place at the right time.

Leading up to ovulation, hormones including follicle-stimulating hormone (FSH), estrogen, and luteinizing hormone (LH) encourage the follicle to grow and the endometrial lining of your uterus to build.

This chart below, from this study on the menstrual cycle and its many mechanics, provides a visual representation of how these hormones change throughout your cycle.

While cycle day 14 may be the expected “average” for ovulation timing in a typical reproductive cycle, many women tend to ovulate on a different cycle day for no reason other than it’s simply how their bodies work. Every body is unique! The expected ovulation range for most women is sometime between cycle day 10-18 and the variability comes down to how your body produces and responds to different hormones during the normal course of fertility.

Even women with regular cycles likely experience some variation in the timing of ovulation- and this is normal. More specifically, it wouldn’t be unusual for a given woman to ovulate on day 12 of one cycle, day 11 the next, and day 13 after that.

You’ve probably also heard that illness, stress, and travel can influence your cycle—and that’s especially true when it comes to the timing of ovulation! In fact, such stressors are more likely to affect when you ovulate than when your period starts in relation to ovulation. 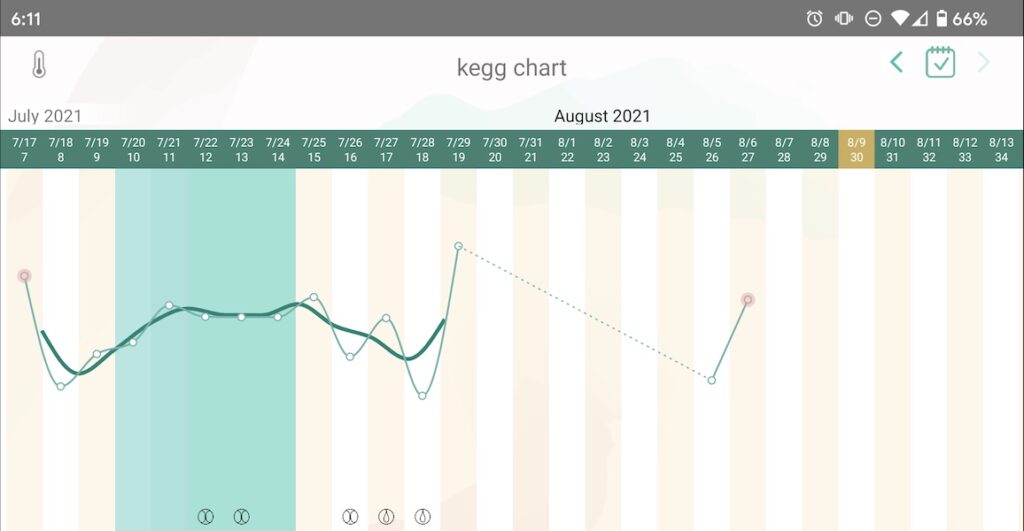 Chart showing a delayed fertile window and ‘kegg valley’ from cycle days 15-19 and eggwhite cervical mucus (EWCM) cycle days 17 and 18. kegg’s fertile window prediction is in green. This kegg user reported she had been under immense stress as she got married and traveled internationally during this cycle. Despite having an irregular cycle due to high stress and travel, she was able to see from her kegg readings and trend that her fertile window was delayed.

If you’re under unusual stress or suffering from an illness at any point while TTC, keep in mind that stress can affect ovulation not just for your current cycle, but the next cycle or two as well—even if you’re feeling better! This is because the changes in hormones throughout your cycle are influenced by each other.

In other words, if you’re sick at the beginning of your cycle and it throws off ovulation, it may also mean the hormone surges of your luteal phase are less ideal, which can then affect the follicular phase of your next cycle. There may be a domino effect that lasts two or three cycles. Conversely, there may be no impact—but it’s reassuring to know that there’s a spectrum of normal there.

All of these factors can account for mild variation in the timing with which you ovulate each cycle, as well as a couple of very “off” cycles, during the course of your charting. But if you’re consistently ovulating outside of these average ranges, or seeing wildly different timing of ovulation from cycle to cycle, there may be more holistic negative factors at play. These could contribute to your body making a premature attempt at ovulation, or delaying ovulation much later than typical.

Some other challenges that may alter ovulation timing include being over-or underweight as well as certain health conditions such as polycystic ovarian syndrome (PCOS), hypo-and hyperthyroidism, and elevated prolactin levels to name a few. If you have any chronic illnesses, talk to your doctor about whether the condition or your treatment might be impacting your fertility. If you identify that you are not ovulating with regularity, speak with your doctor.

Some ovulation-inhibiting factors might be perfectly healthy or expected, depending on your lifestyle. These include breastfeeding, beginning to cycle after discontinuing hormonal birth control, or approaching menopause.

What You Can Do About It

Timing intercourse is crucial when trying to conceive. But, if ovulation does not consistently occur on a given day, knowing when to have sex can be challenging. Instead of relying on a calendar-based app or potentially missing your fertile window awaiting a positive LH test, kegg can help you identify when your fertile window is opening. Even if your ovulation shifts forward or backwards, kegg users benefit from seeing their daily readings to have awareness of when they are in their fertile window.

Using kegg consistently will arm you with loads of information about what your cycles look like and the unique variations you may have. I know this process can be frustrating—especially when you’re putting so much effort into tracking your fertility and identifying ovulation. But remember that a healthy 30-year-old woman has about a 20% chance of getting pregnant each month*, even with frequent intercourse.

Correctly identifying your fertile window with kegg is a critical piece of the conception journey. Embrace the process as best you can, knowing you’re doing all the right things—and that your doctor can help if it still isn’t quite working out.