How does Fitbit predict your fertile window and how does kegg do?

More and more companies are entering the fertility industry but frequently the predictions and insight they offer are not accurate and precise. After recently buying a Fitbit to track my sleep, I discovered its ‘Menstruation Health’ section. I started to investigate Fitbit's new cycle feature and I learned a lot. This articles explains what I discovered and how Fitbit differs from kegg’s readings. 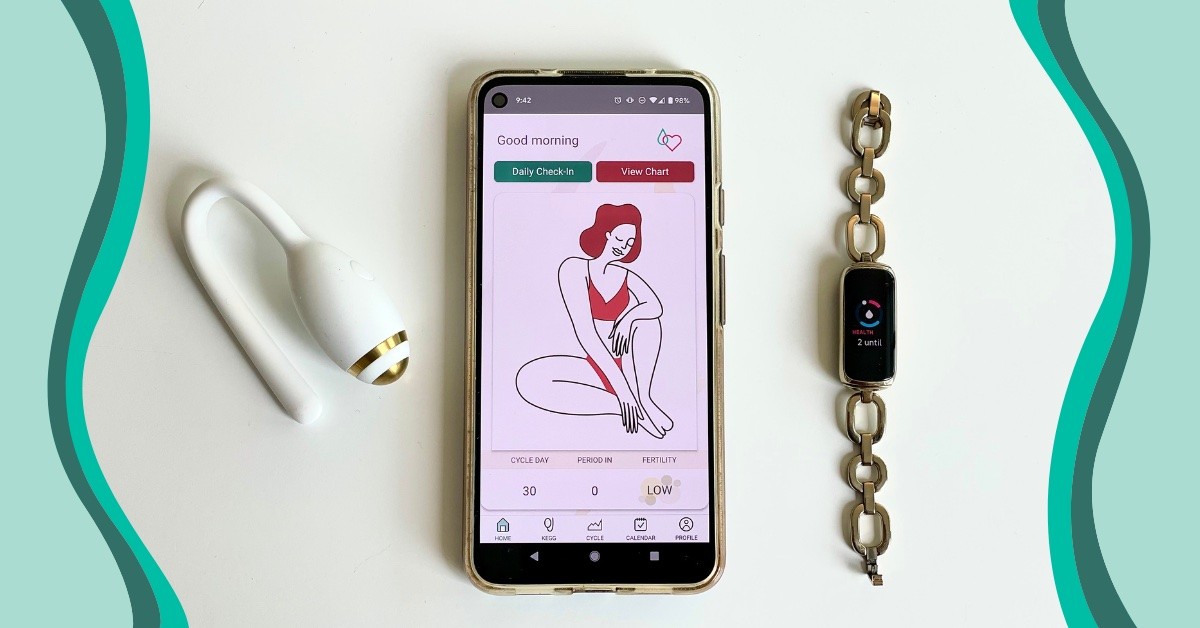 I always wanted to buy a Fitbit to monitor my sleep but I could never find one that could be properly adjusted to my extremely tiny wrist.

A couple of months ago, my husband gifted me a Fitbit Luxe Special Edition that comes with a gold stainless steel Parker Link Bracelet and it can easily be shortened to fit even small wrists. Eureka, I thought! I love it.

While getting to know the device better, I noticed a tab saying ‘11 days until your next period’. I probably answered some questions during the setup of my account and totally forgot about the cycle tracking option from Fitbit. But now, I became curious about it and started to investigate further. Fitbit doesn’t promote this feature a lot on their website, so I had to do my own research.

Fitbit – Calendar view
It’s a little bit hard to find. Considering this is not a major Fitbit Feature, it probably has not been prioritized in the Product Menu. It’s not retroactive and it predicts only future cycles.

kegg – Calendar view
The calendar is one of the 5 main tabs you can find on the app main Menu. It also shows past cycles, before your kegg purchase, and the data on the current month/cycle re-adjusts at the end of the cycle to confirm what it previously predicted.

I like the ‘Trends’ tab in the Fitbit app, but I didn’t want to get too excited too fast.

The Trends tab in Fitbit is a simple recap of your ‘cycle status’ so far. Nice to look at but not too insightful especially if you need actionable real-time data. 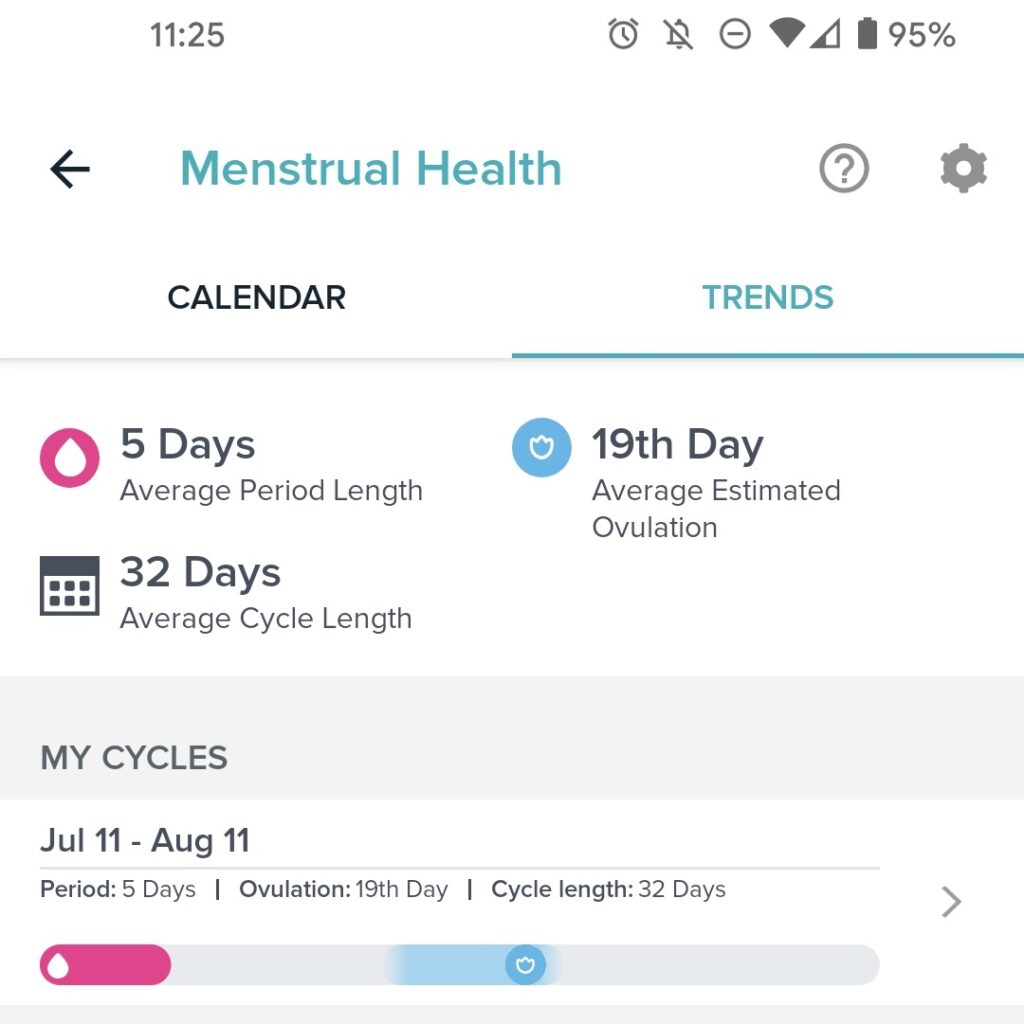 The kegg trendline display that launched in July emphasizes the overall trend of readings rather than day-to-day fluctuations. The trendline helps users see that, while the readings themselves are fluctuating, the overall trend is downward, indicating I was entering and then in my fertile window.

Indeed, while the Fitbit Trends tab doesn’t really give me further information, by simply observing the kegg trendline I can spot if for example in one month my fertile window is delayed compared to the prediction (and we all know what stress and traveling can do to our cycles!)

One last aesthetic comment about the difference between kegg and Fitbit: optional journal notes. If you are simply here to track your cycles / menstrual health, Fitbit doesn’t really offer you much more than other tracking apps like Flo Health. (If you are curious, here is a comparison between fertility trackers available on the market).

If you are trying to conceive, I believe the Journal notes you can take on Fitbit are very limited. Let’s take a closer look at them.

On Fitbit, you can only ‘Log details’ about sex (protected and unprotected), Positive or Negative Ovulation test, Fluids, and other events like the Morning After Pill.

In the kegg app, there is a very comprehensive Optional Notes section. You can also record Proov PdG test results to confirm you successfully ovulated and your Diary notes.

Note: It is important to first identify your fertile window so you can ensure you are optimally timing your intimacy while trying to conceive. Next, it is important to confirm successful ovulation. Read more here about confirmation ovulation with Proov.

In the Fitbit app, the predictions for your period, fertile window, and ovulation day are estimated using an algorithm that includes the period and cycle length information you provide. If you don’t provide some of the information about your cycle, Fitbit uses a 28-day cycle and a 5-day period as a starting point for estimations. (source: Fitbit website).

The Fitbit algorithm uses the so-called Calendar Method. The Calendar Method assumes ovulation occurs 14 days from the total average cycle length. There are several issues and inaccuracies with this approach:

Since Fitbit monitors every moment of your day, from walking to sleeping, your heart rate variability, and everything in between, I was expecting precise insights about my cycles and how my activity level, lack of sleep, and stress could impact my menstrual health, but it didn’t live up to my expectations.

Let’s go back to kegg and how it works.

It can be challenging to track cervical fluid by manual observation and understand when cervical mucus is sperm-friendly. With kegg, the user can see real-time insights so there is no guesswork regarding when the fertile window occurs.

Unlike the calendar tracking method, kegg plots your daily readings on the kegg app. In addition to the green fertile window prediction provided by the kegg algorithm, the user can see when their fertile window occurs by looking at the overall trend of their readings. kegg detects the electrolytes present in the cervical fluid through impedance measurement. These electrolytes change in relation to the cyclical hormonal changes. For example, as estrogen rises and the cervical fluid becomes more hospitable to sperm, the kegg user will see a downward trend in their kegg reading. After ovulation has occurred, there is then a rise in kegg readings. This fertile window appears as a “valley”. Instead of making subjective observations of the quantity and quality of the cervical mucus, kegg objectively plots the composite electrolyte reading. The user simply takes a 2-minute reading within the same 2-hour time frame daily. kegg does the rest!

To conclude, when tracking your cycles with kegg and you want to optimally time your intercourse to maximize your chances of conception, you can confirm your fertile window is occurring by:

I learned a lot by investigating Fitbit vs. kegg’s fertility predictions. The Fitbit’s cycle tracking component is very underwhelming. I will continue to use Fitbit for its intended use: tracking my steps, calories, and sleep core. But, my fertility is not a guessing game, so I will depend on kegg to track my cycles. In addition, cervical fluid is a window into my overall health so I will benefit from seeing this cycle after cycle. 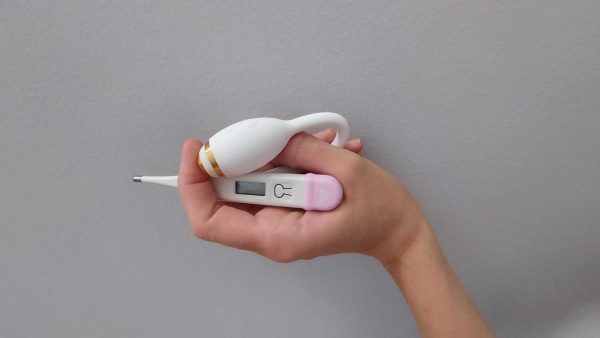 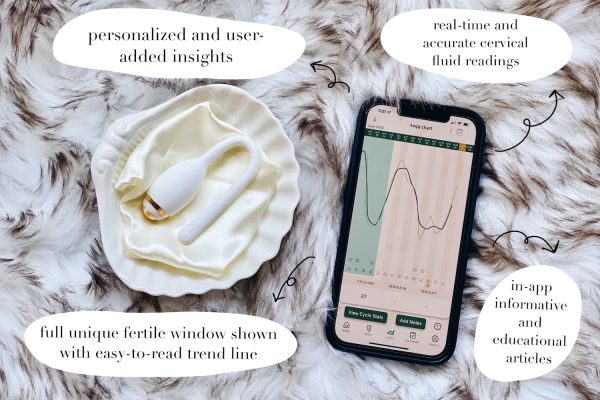 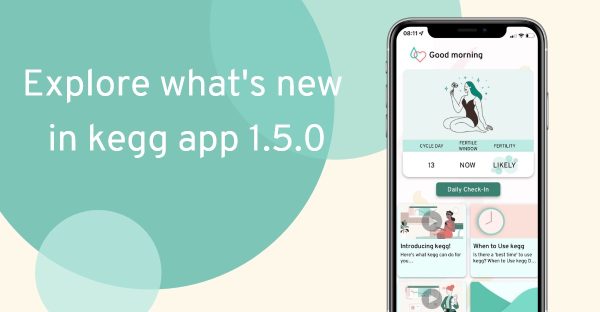